The History of Creeksea Place

Arthur Harris built Creeksea Place during the reign of Elizabeth 1st in 1569. It remained in his family for five generations after which it passed to the Mildmay family when Arthur’s great grand-daughter married Lord Mildmay. The current owners are the Bertorelli family and they too, coincidentally, have had five generations of ownership of this lovely historic Manor House during the reign of another Queen Elizabeth.

In the intervening four and a half centuries much has occurred including many changes of ownership and usage. Now it is the determined wish of the current owners to continue the task of restoring this picturesque House to the glory it once was and to open the house and grounds up to the public at large. Once government restrictions allow, we will be hosting a myriad of varying and exciting public events.

Arthur Harrys, as he was known in 1569, came from Prittlewell near Southend and was an important figure in those times. He had pledged to his Sovereign, Queen Elizabeth, to raise a hundred men who would defend the monarchy if civil unrest ever occurred. His family flourished and has continued to do so today. There are literally thousands of Harris descendants around the world, particularly in the United States. Lord Mildmay who married his great grand-daughter, was also a man of importance. Charles I appointed him as ‘Keeper of the Crown Jewels’, a post equivalent to Chancellor of the Exchequer today. Lord Mildmay owned many other properties in England at this time and was a man of influence and power. So much so that he was one of the twelve men who signed the death warrant of his King. Upon the restoration of the monarchy in 1660 with Charles II, Lord Mildmay was also sentenced to death for regicide – the killing of the Monarch. He was fortunate though. Due, no doubt to his power and connections, his sentence was commuted but his power had waned.

The next significant Creeksea moment occurred in the late 17th century. Due to the imposition of the Window Tax – tax on large houses with many windows; the North Wing was demolished. This was a wing that extended into what is now the car park. The footings of this part of the House was actually traced-out by an American Harris descendent in the last few years. There is also a story that the bricks from the North Wing were taken by barge to London where a street called Creeksea Lane was built.

In a House with so much history, myths and legends remain abound. There are tales about secret tunnels from the House to the nearby River Crouch used for smuggling. However, what is true is the fact that there are no cellars in Creeksea Place, due no doubt to the relatively high water table. This would certainly prove a problem for tunnelers. Nevertheless, there is the remains of a gravity-fed fountain pipe that runs from the House to one of the lakes on the Estate and also evidence of two ten foot deep ice houses that would have been used for the preservation of vegetables and grain.

There are many ghosts! The most prominent of which involves the marriage between Lord Mildmay and the great grand-daughter of Arthur Harris, who was not entirely happy with the union, and so the tragic bride is said to have committed suicide. Her ghost, known as ‘The Lady of the Lake’ has apparently been seen meandering her way across the Lawn, down to the lakes.

After the Mildmay years and the demolition of the North Wing, the history appears scant.

That the House continued to function fully is supported by evidence that two Public Houses were operating in Ferry Road during this period. One can imagine the staff at Creeksea Place – gardeners, ostlers, maids and kitchen staff needed somewhere to relax. It is assumed that all these people lived in the House or certainly nearby. The Butler and his family lived in the ‘Butlers Pantry’ a self contained apartment at the end of the West Wing.

The arrival of William Rome in 1900 saw the House and grounds literally blossom. Rome was a successful businessman from London who owned a string of fashionable coffee shops in the capital. It has to be remembered that the Creeksea Estate was far larger than it is today. The grounds stretched down to the River Crouch in the south and to the Maldon Road northwards – where a second Lodge House can still be seen. Rome cultivated the oysters in the Crouch and sent them to his coffee houses in London. His greatest achievements however, were the renovation of the House and grounds culminating in the building of a new magnificent South Wing. He filled the House with antiques and fine furniture and laid out grand schemes for the gardens. Many reports speak of the majesty of both. It does seem a great shame that his tenure was so short lived, as he died in 1909.

A few faded photographs show the beautiful gardens and the many trees that he planted, many of which can still be enjoyed today.

He was followed by a German owner until 1914. After the outbreak of the First World War, and reports began to emerge about the carnage in Europe, Burnham villagers surrounded the Estate with lighted torches informing the owner that he was no longer welcome here. He soon departed.

It was the outbreak of the Second World War that saw another change in the history of Creeksea Place. The Ministry of Defence requisitioned the Estate and temporarily renamed it ‘HMS Saint Matthew’ and established it as training ground for marines and Commandos. During this period many structural changes took place. The old servants quarters were turned into accommodation for the sailors and a new sewage system was built with its own treatment plant that is still used to this day. A corrugated roof cinema was erected on the approach road which still survives. On the River Crouch the marines practiced beach landings and built gun emplacements.

In 1947, following the war, the Estate was broken up into two large plots and a few smaller ones for single houses, all of which were sold by public auction. The jewel in the crown was the Manor House and its immediate grounds and was bought by Luigi Bertorelli, a businessman from Southend and originally from Italy.

His grand-daughter, Christine, realising that the House, once again, required renovation, encouraged film and TV companies to work to use the house and grounds for locations. Perhaps the best remembered is the BBC production of Great Expectations starring Stratford Johns. Eventually Christina opened the House as a wonderful wedding venue which goes from strength to strength and releases funds to help restore the House and grounds to their former glory.

*The restoration of the house would not be possible without the guidance and expertise of Historic England, Maldon District Council and Burnham Town Council.

*”I have been inspired by the enthusiasm for Creeksea Place shown by members of the Harris family, descendants of Arthur Harris who built the house in 1569. Without our American cousins, their support, devotion to our cause and persistent generosity, it is difficult to imagine how we would have made it so far. In particular, thank you to Jim and Okyul Harris from Virginia who have dedicated so much time to Creeksea, painstakingly helping us to unearth some of its many secrets.” 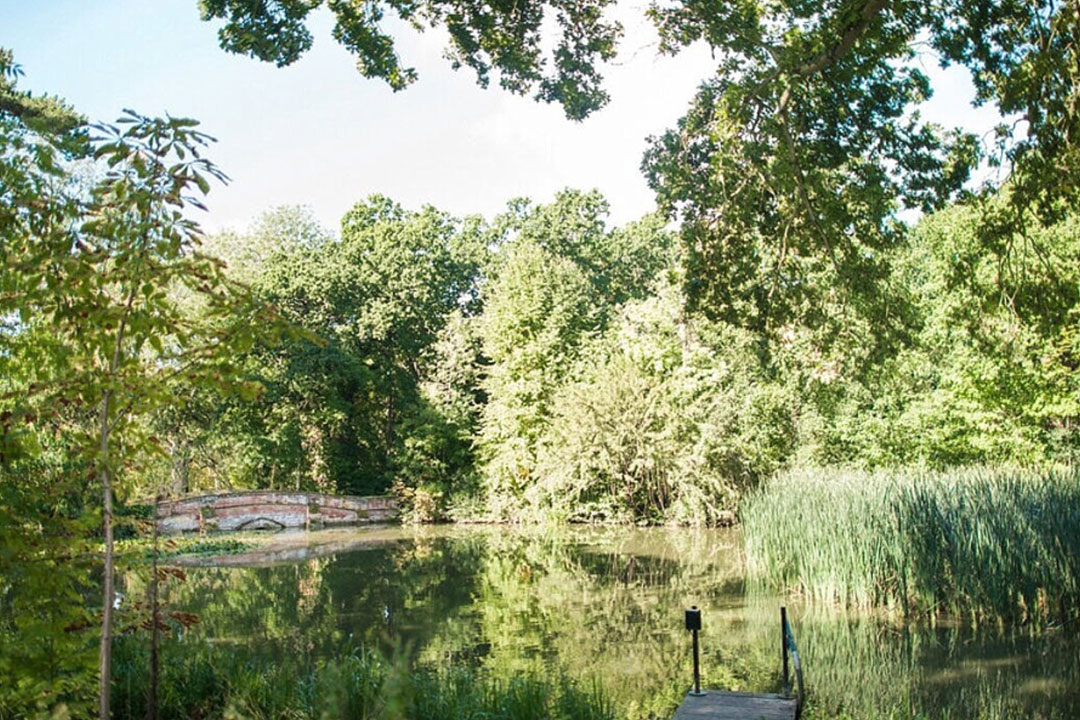 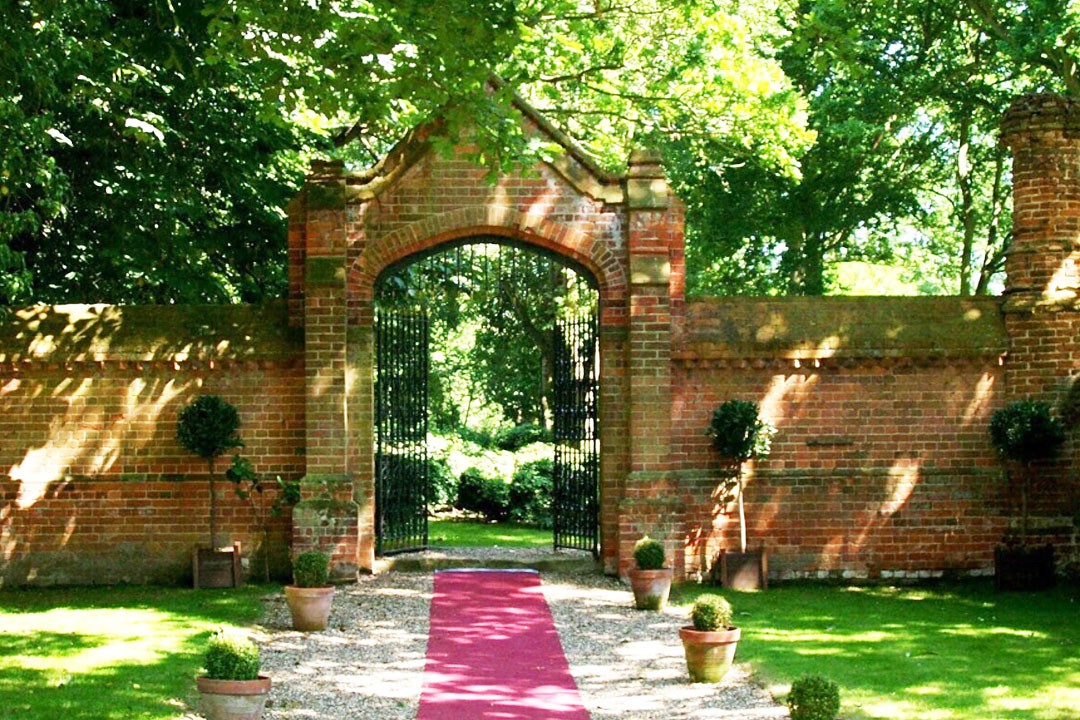 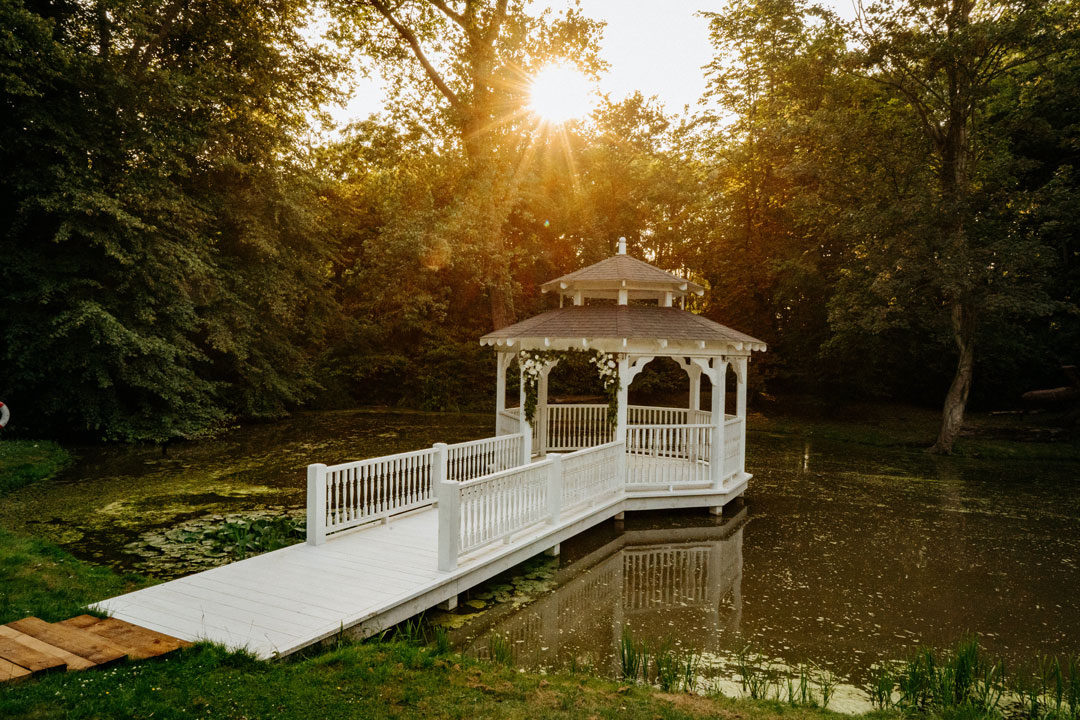 Would you like an exclusive tour of Creeksea Place?

Book your visit now
Opening Up after Covid-19

In accordance with the governments recent proposals, we’re thrilled to once again be preparing to open our doors to the public.

Please follow our Social Media accounts to stay abreast of the various outings and events that we will be hosting.

Set amongst 36 acres of lush English Countryside, visitors will be transported to a wondrous haven, where they can explore the house, grounds, springs and lakes and feel as though they have stepped back in time to a former Century.